DJ Khaled has climbed back to the top of the charts, scoring #1 album on Billboard, and marking the fifth time he has dominated the charts. 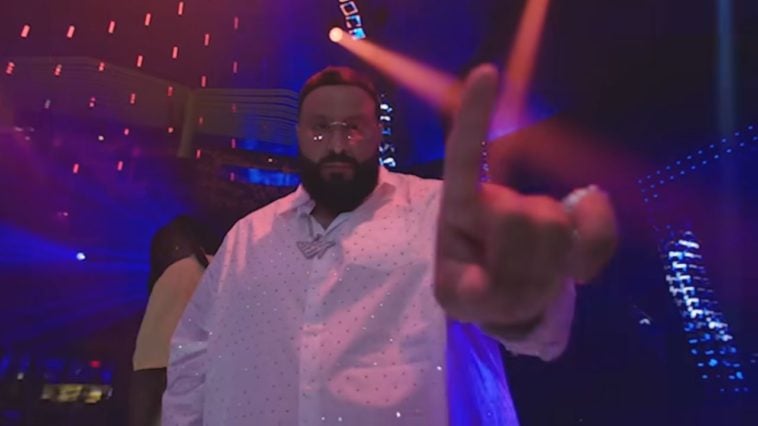 DJ Khaled has topped the charts with another number one album under his belt after God Did sold 107,000 copies in the first week.

This marks the fifth album the “I’m So Hood“ producer debuted at number one alongside albums such as Major Key, Grateful, Father of Asahd, and Khaled Khaled.

Furthermore, the Billboard news follows after having a successful single, “Staying Alive,” which is currently charting at number five, featuring Drake and Lil Baby.

A few tracks from the album gained some buzz once it was released.

For example, the “God Did” song sparked major buzz due to Jay-Z’s verse where he addressed rumors of a beef with Meek Mill, who left Roc Nation in July.

The new video Khaled dropped for the song “Beautiful” with SZA and Future may have also impacted the sales.

Now that Khaled has enjoyed success with another #1 album, fans will have to wait to see what tracks he’ll follow up with.

Upon the release of the album, Khaled made sure to add a new hip hop and R&B collaboration with his new single “Beautiful.”

The chart-topping DJ came back with another music video for the song “Beautiful” from his latest album, featuring SZA and Future.