North Carolina rapper DaBaby is in mourning right now. The hip-hop star has confirmed online reports claiming his older brother has died possibly as a result of suicide.

Baby went to his Instagram page shortly after the news went viral to share a message about his brother. The hip-hop start didn’t go directly to an Instagram post and – instead – shared a caption in his bio to confirm the loss. 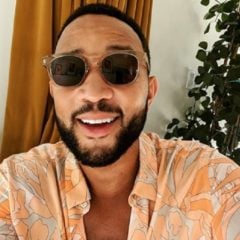 DaBaby Gets Deeper On Social Media

Soon after, DaBaby shared a video of himself sitting alongside his niece. “NIECEY POO 💝🤞🏾” he captioned the Instagram story snippet. “I love you,” he said to his young niece who responded, “I love you too.” The rapper later further addressed his family’s loss in another Instagram Story, sharing lyrics from his “Intro” on his Kirk album. “My brother be thinkin’ that we don’t love him and let him struggle like we ain’t family/Like I won’t give up all I got to see you happy, n—,” DaBaby raps in the song. He then captioned the story: “I would’ve gave up all I had to see you happy n—.” (PEOPLE) 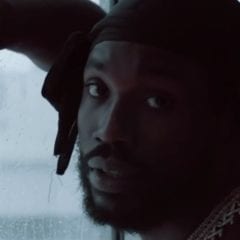 According to reports, the fatal shooting took place Tuesday afternoon in Charlotte. The North Carolina rap star‘s brother ultimately lost his life as a result of a gunshot wound.

A death investigation is underway in northeast Charlotte after a man believed to be the brother of rapper DaBaby died from a gunshot wound. Around 1:39 p.m., officers responded to 10230 Berkeley Place Drive in reference to an assault with deadly weapon call. Upon arrival, police found a man, later identified as 34-year-old Glenn Johnson, who had sustained a gunshot wound.  (Fox 46)

More To The Story

Additional reports claim Baby’s brother suffered a self-inflicted gunshot wound. Inside sources connected to the tragedy have called it suicide.

TMZ’s learned the rapper’s older brother, Glenn Johnson, took his own life Tuesday in Charlotte, North Carolina. Glenn had posted a video of himself earlier in the day in a car with a gun, and he was visibly upset and crying. In the video, DaBaby’s brother claimed he had been wronged a lot in the past. Not long afterward, our sources say he shot himself in the head and died. (TMZ)