Toronto rap star Tory Lanez is out here with some in-depth messaging. The hip-hop crooner has come forward to get fans either hyped or confused about something big to come courtesy of a Michael Jackson shot.

Lanez went to his Instagram page with a throwback shot of Jackson rocking a signature hat and red jacket. Instead of giving ample context, Tory relied on a simple tiger emoji to get his point across.

The IG post comes just hours after Tory’s estranged friend Megan Thee Stallion went to her Twitter page and didn’t leave much to the imagination. While she didn’t name-drop Lanez, Meg’s followers all made connections to TL after she referenced someone being “crazy” during his Instagram Live tell-all about their summer fallout. 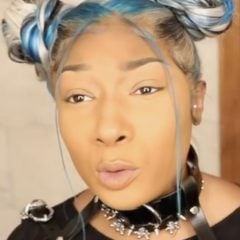 During his IG Live broadcast, Lanez questioned why people immediately went after his head without getting all the details behind the July 2020 shooting.