Miss G went to her Instagram page to share an up-close look at her December 2020 cover feature. She also pulls a quote from the issue dishing on how she defines what an alpha female is made of.

“What’s MY definition of an Alpha Female? “A woman of distinction; She’s tasked with the responsibility to lead, educate and empower those in her village.“ Thank you @alphamagazines for the opportunity 💕”

She also went online to share a stunning pic of herself flexing pure beauty and fashion goals. 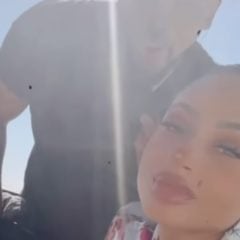 Recently, Polo G went on Instagram Live with billionaire Mike Novo to speak about renting and how much it costs. Polo said before he decided to purchase a home, he was spending hundreds of thousands of dollars per year on housing.

PG will never switch up on his family. His mother, who doubles as his manager, recently went online to show off an insane purchase he just made for her without even thinking twice. Polo G’s mom took to her Instagram with the big reveal. She let it be known he hooked her up, also sending a message of love to her son and shared what he told her at the beginning of his rap career. Polo hilariously noted the event on his Twitter, joking that his mom’s new house was bigger than his.

The rising star recently named his GOATs. During a recent interview, he revealed who which rappers he’d give the titles of greatest ever. Polo revealed in an interview with the Gramys that Lil Wayne and Tupac were his GOATs. He showed the two hip-hop legends major love and also said he listened to a lot of Chicago rappers growing up as well. Two other stars he name-dropped were Gucci Mane and Meek Mill.

Naomi Osaka Reveals How Cordae Held Her Down During Career Moment