Hip-hop vixen Ari Fletcher can’t seem to do anything without it being connected to her ex-boyfriend and baby daddy G Herbo. Even the pregnancy rumors buzzing around Ari are getting tied back to the Chicago rapper and his current boo, Taina Williams.

Ari Fletcher revealed on social media that when she recently sent some friends out to pick up a pregnancy test, they came back with a thermometer. Jokes aside, that had fans wondering if Ari and her boyfriend, Memphis rapper Moneybagg Yo, are expecting a baby.

“Oop! #AriFletcher sent her friends out to grab a pregnancy test (but they grabbed a thermometer).” 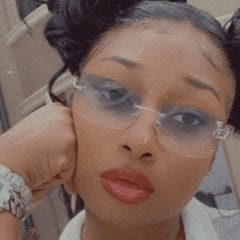 What Does Ari’s Pregnancy Test Have To Do With G Herbo?

Ari recently bought Moneybagg Yo a brand-new Jeep to celebrate his new album release. It so happened to be the same model Jeep that was gifted recently to G Herbo by his girlfriend. The pregnancy rumors also come at an interesting time for Ari, considering that Taina Williams is pregnant right now with G Herbo’s child. 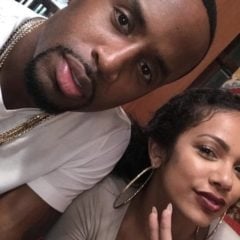 Ari Fletcher went online recently with a video of herself posted up in some Fashion Nova drip and said her bodysuit was “giving body”. Ari’s friend then quoted Houston rapper Megan Thee Stallion’s song “Body” with the “ody-ody-ody” line. However, Ari quickly pointed a finger and corrected her, saying “Just body.” It seemed to be a little subliminal shot at Megan — who used to date Moneybagg Yo.

However, Ari took to her own social media to clear up the air. She went online and tweeted out that people were trying to start drama and let it be known she had zero time for it.