Grammy-winning rapper Lil Wayne isn’t messing with the awards show – at all. The hip-hop star has come forward to share his issues with the annual ceremony hours after the event saw Megan Thee Stallion, Nas, Beyoncé and Kanye West winning awards. Lil Wayne Keeps It 100 On Grammys

Weezy F. Baby went to his Twitter page and didn’t hold back. Wayne kept things short and sweet by blasting away at the ceremony.

Recently, Wayne shared his personal issues with the Grammys. More specifically, he couldn’t comprehend why his bodies of music appear to get overlooked.

“As an artist, when I see da Grammys coming up & I’m not involved nor invited; I wonder. Is it me , my musik, or just another technicality? I look around w respect & wonder competitively am I not worthy?! Then I look around & see 5 Grammys looking bak at me & I go to the studio.” 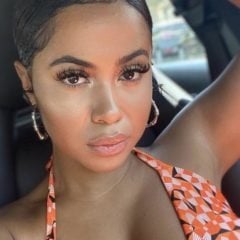 A few days ago, award-winning singer The Weeknd announced his own boycott of the Grammys in a shocking New York Times reveal. The major move came in light of this weekend’s 63rd award ceremony, in which he wasn’t nominated for any awards, despite having one of the most acclaimed albums of this past year. The Grammys has since responded to Weeknd and addressed his headline-generating comments.

Megan Thee Stallion and Beyoncé won Best Rap Performance for “Savage Remix” at the Premiere Ceremony of the 63rd GRAMMY Awards. This marks Megan’s first career GRAMMY win, and she gave a joyful acceptance speech for the monumental moment. (GRAMMY)