Kid Cudi couldn’t just announce his new album the same as everyone else. The Ohio rapper/actor released a whole trailer for his upcoming project, Man on the Moon III, which is coming sometime soon.

Cudi’s first two studio albums — Man on the Moon: The End of Day and Man on the Moon II: The Legend of Mr. Rager — peaked in the top-five of the Billboard charts and went platinum. Ten years and four additional albums since the last one, KC is continuing the Man on the Moon trilogy, as he announced on Twitter.

The rapper/actor has some big plans. Cudi let it be known earlier this year that he’s staying in the spotlight for the next decade. 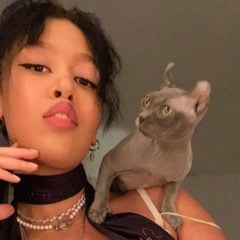 Cudi has stayed extra focused on his music grind lately. After Kanye West co-signed his new “The Adventures Of Slim Shady & Moon Man” single with Eminem, Cudi sent love back to his big brother on Twitter. 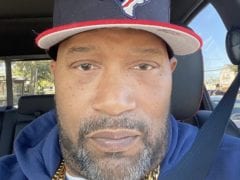 Earlier this year, Kid Cudi and Em finally united for the first time. The hip-hop duo kept their word on joining forces for their new collaboration when the must-hear single premiered online across all streaming platforms.