Hip-hop’s Barbie finally found her Ken, but their union hasn’t always been the picture-perfect story they sell you along with the pink Ferrari and the dream house.

New York rapper/actress Nicki Minaj dated a couple of recognizable names in the past, such as Safaree Samuels from “Love & Hip-Hop” and fellow rap star Meek Mill, before she reconnected with childhood friend Kenneth Petty in 2018. They two were married in 2019, and in 2020 they welcomed their first child together.

For people who expect celebrities to exclusively date other celebrities or people in the industry, it was a surprise to see Nicki Minaj devoted to a “regular” guy.

Before Cardi B and Megan Thee Stallion came along, Nicki was unquestionably the top female artist in the rap game. She’s released four studio albums, and all of them peaked at either No. 1 or No. 2 on the Billboard charts. All of her albums have gone platinum at least once. She’s won four Billboard Music Awards and four American Music Awards. She’s won 12 BET awards and she’s been nominated for 10 Grammy Awards.

Nicki Minaj’s net worth is estimated to be somewhere between $80 million and $100 million. For someone who has been romantically linked (through rumors) to Drake, Eminem and Nas to find love with a non-celebrity seemed out of the ordinary.

So who is Kenneth Petty? Nicki Minaj’s husband is a relative unknown to many of her millions of fans and followers. Here are some basics about Barbie’s boo.

1. Nicki Minaj’s King Is From Queens 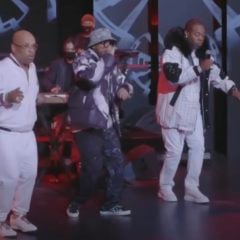 Another rap legend from Queens is Nicki Minaj. She grew up in the same neighborhood as Kenneth Petty and the two dated when they were younger. 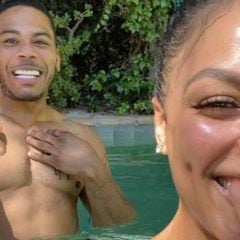 Kenneth Petty goes by his childhood nickname “Zoo.” Nicki has called him “Zoo” in public. On social media, she wrote about their relationship as youngsters. “We were like this about each other since we were very young kids in the hood,” Nicki wrote. “He was on my body b4 the big ol’ booty. B4 the fame & fortune.”

In 1995, when Kenneth was 17, he was convicted of attempted rape. In 2006, he pleaded guilty to manslaughter stemming from a shooting that resulted in the death of Lamont Robinson. Petty served seven years in jail for that crime and was on supervised release until 2018, the same year he reconnected with Nicki. Due to the rape case from ’95, Petty is still a registered sex offender. In March of 2020, Petty was arrested in California for failing to register as a sex offender. Nicki has stood up publicly to defend her husband when his criminal past comes up.

The couple officially married on Oct. 21, 2019, but according to Nicki that was a legal-paperwork deal and they haven’t yet had the “actual wedding.” When and if that happens, don’t be surprised if Nicki Minaj has one of the most extravagant all-pink-everything events hip-hop has ever seen. Around the time she got married, Nicki announced she was retiring from rap to focus on her family full-time, but soon after decided to continue her career.

Almost one whole year after they were married, Kenneth Petty and Nicki Minaj had their first child together, a baby boy born on Sept. 30, 2020. This is Nicki’s first child. Kenneth reportedly has five other children. Nicki didn’t reveal the baby’s gender right away, and to date hasn’t revealed the boy’s name. She’s only shared one picture of the baby’s foot on her Instagram.

Cardi B Deletes Twitter Page After Days Of Addressing Hate