In the face of drama at home, hip-hop mogul Kanye West is still putting in grind time at work. While divorce proceedings between Kanye and estranged wife Kim Kardashian move forward, the artist/designer is focusing on his Yeezy apparel collaboration with Gap. Kanye’s divorce from Kim K. is dominating tabloid headlines, but his upcoming Yeezy Gap launch has the fashion industry buzzing. With an expected release sometime in mid-2021, ‘Ye is reportedly hard at work putting together pieces for Gap, with whom he signed a 10-year partnership deal last year. 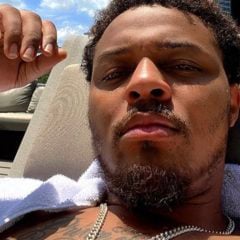