The Internet is determined to keep presidential candidate Joe Biden a growing meme. After an epic interaction with Migos’ Offset lit social media up, a new shot of the potential next president and Atlanta rapper Jeezy is now a must-see.

Social media has erupted with a hilarious shot of the Snowman getting some tender attention courtesy of Biden. The caption takes things even further with a reference to Jeezy’s unforgettable “My President” classic.

Earlier in the week, a shot of rap star Offset getting his iced-out jewelry examined by the potential next president became instant digital gold. The meme features both Biden and Offset alongside Chicago rap veteran Common from a rally they performed at in Joe’s support.

Offset also made sure to show off his support for Biden after performing at his Atlanta rally. 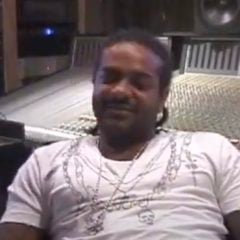 Offset’s wife Cardi B has remained extremely vocal on his push to get people out to vote. Cardi went to her Instagram page to share a slideshow of shots showing Off’s endless pro-voting social media posts.