Both LeToya and Tommicus went to their Instagram pages to break the huge news. They explained the importance of putting their family first and co-parenting despite choosing to end their marriage together.

“After very prayerful consideration, Tommicus and I have decided to get a divorce,” read her statement, which was accompanied by a photo of the couple with their two kids, Gianna and Tyson. “It is my deepest desire for us to be loving co-parents and keep a peaceful environment out of respect for our children. Please understand our need for privacy. Thank you in advance for your prayers, support & space to heal as we tread through this challenging time.”

Tommicus also shared some heartfelt pics alongside Luckett in addition to his statement. 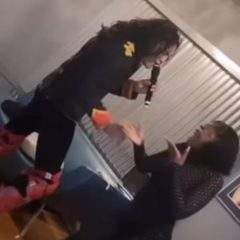 In 2020, both LeToya and Tommicus welcomed in their second child, Tysun Wolf Walker. Tommicus broke the news across his Instagram page.

“God, thank you for blessing our son to arrive healthy, strong, & full of light. Very proud moment for us. Looking forward to the memories we create & the dad/son talks. Love you little King Tysun 💙” 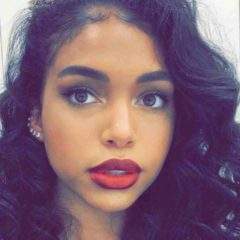 Nearly two years ago, Luckett came forward to speak on their marriage. LeToya even admitted religious played a role in trying to smooth over undisclosed issues.

During ESSENCE Festival 2019, Luckett revealed that she and Walker turned to prayer to keep their marriage in tact during some of the rocky moments in the marriage. “The Enemy doesn’t like marriage,” Luckett said at the time. “He doesn’t like marriage, and he will try you, and things have come up. Not terrible things, but things that can shift your relationship presented themselves very early in our relationship and we stood firm…and together. It’s very important to have that prayer life. It’s very important to communicate always.” (ESSENCE)

A few months ago, buzz developed about a possible sex tape leaking to the masses featuring Tommicus and an unnamed online model.

Luckett and Walker were married in Austin, Texas in December 2017. The couple shares two children: daughter Gianna, 2, and son Tysun, who was born in September 2020. Back in August, they sparked breakup rumors following reports that Walker had an affair with an Instagram model, who was shopping their sex tape. This is the second divorce for Luckett, who was briefly married to motivational speaker Rob Hill Sr. They secretly wed in January 2016 and called it quits after two months of marriage. (Rap-Up)