After Wiz Khalifa seemed to throw a social media jab at Cardi B, the rap superstar and fashion icon went in on the Taylor Gang boss. It all started over the Grammy Awards nominations.

Like a lot of hip-hop fans and artists on Tuesday, Wiz was on Twitter expressing frustration with the Grammys. When a fan wrote that Cardi B winning a Grammy over Nicki Minaj was a sham, Wiz appeared to agree and take a dig at Cardi. 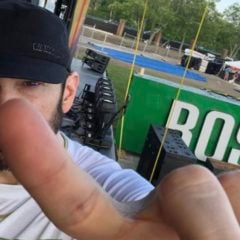 Cardi B Claps Back At Wiz Khalifa

When that tweet made it back to Cardi, she posted a DM she’d received from Wiz four years ago that was all supportive.

“This was N*kkas in my dos in 2016! They really support you when you grinding at the bottom then it’s a different story when you make it!” B proceeded to show a message from Wiz reading “You got your cause and your sticking to it. Don’t stray away from the things that are important to you and make you you. Your doing a great job and the way you address things is admirable. Keep your light shining and don’t let others take it. Peace and love.” 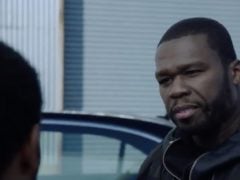 Wiz Tried To Clear The Air

Wiz responded directly to Cardi, claiming he still supports her and believes she is self-made. When some of Cardi’s fans wouldn’t accept that, he had to further explain himself. As much as some people might want to make this a battle, Wiz doesn’t appear to be playing along.

“Never said that. They both work very hard,” Wiz tweeted in response to someone typing “Nowwww you wanna switch up after you JUST said that she wasn’t self made?? First they love you then they switch…”

The Weeknd Slams Grammys After Being Snubbed

R&B singer The Weeknd was upset on a weekday. The superstar performer came forward to lash out against the Grammy Awards after coming up short on landing nominations.

“The Grammys remain corrupt. You owe me, my fans and the industry transparency.” -The Weeknd’s Instagram