It’s deeper than just music for legendary singer Beyoncé. During her acceptance speech at the 63rd Grammys last night after her Best R&B Performance win for “Black Parade,” she took major time to show love to her 9-year-old daughter Blue Ivy, who also took home an award that evening. Beyoncé Is The Proudest Mom

Now the second-youngest winner of a Grammy Award ever, Blue Ivy got a lot of praise from Beyoncé. Her superstar mother got emotional during the acceptance ceremony and let it be known how proud she was, touching upon her own journey as a musician and dishing out a sincere congratulation message. Blue Ivy won the Grammy for Best Music Video for her contribution to “Brown Skin Girl”, by none other than Bey herself, which has also netted her the BET Her Award as well as an NAACP Image Award. 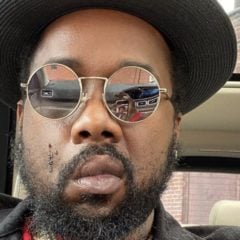 NEWSConway The Machine + Benny The Butcher Know What Fans Want

Beyoncé is keeping the memory of a late fan sky high. The iconic crooner recently came forward to sing songs in honor of super supporter Lyric Chanel following her passing from cancer. Queen Bey went to her website to sing a medley of her unforgettable tunes in Lyric’s honor. The songs followed Chanel’s crushing death Friday morning.

Earlier the same week, Lyric’s mom came forward to share crushing news about how much longer she had with her daughter.