Atlanta rapper 2 Chainz wants to make much more than a few hits records with Kanye West. The hip-hop heavyweight has shared his determination to put out a full-length studio release with Yeezy working behind the scenes.

In an interview, Deuce said a collaborative project alongside Ye as producer is inevitable. While he didn’t pinpoint an exact time frame, Chainz said the dream release would one-day happen.

There were rumors that Kanye West was going to be a producer or consultant on this album, but 2 Chainz reveals their conflicting schedules made it difficult to connect. “But let it be known that it’s going to happen, whether it’s this next project or the one after,” he clarifies. “It’s a whole Tity Boi and Kanye West project, produced by Kanye. Let’s just say that.” (Complex)

Deuce Links Up With The West-Kardashian Family

In September 2020, Chainz found himself linked up with Yeezy. Pics emerged online of themselves and their families hanging out together. 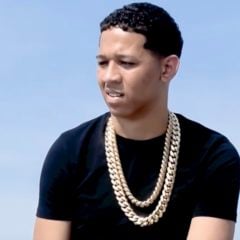 Recently, Chainz shared some must-see footage to the masses of himself and Ye hanging out riding bikes. In the clips, he’s shown riding a bike with Kanye following closely behind. Recently, Deuce went to his Instagram page to reflect on his game-changing Based On A T.R.U Story LP. He also took a moment to shout-out anyone involved in the album’s success on its anniversary.