Where are you from?
I was born and raised in Miami, Florida. Carol City to be exact.

Did you grow up there?
Been there most of my life, moved around a lot when I was younger but eventually came back and stayed here.

What was it like growing up there?
It wasn’t nothing nice I’ll tell you that much lol, there was the violence and drugs going on. I really used football as a way out, it helped a lot until my grades dropped, then I hit the streets.

Did you grow up both parents?
I did but they were both divorced, I lived with my Dad most of my younger years and as I got older I began to move in with my Mom.

Do you have any siblings?
Yep, I got four siblings, two siblings from both my parents and two half-siblings. I got two brothers and two sisters.

How old were you when you decided to be a rapper?
Some may not believe it but I would say I decided this around the age of 12. I’d have several notebooks filled with lyrics I wrote that I couldn’t wait to let someone here. Harsh criticism was a good friend to me in my younger years.

How did you get your first start?
Around the age of 14 I would say is when I could say I got my first initial start. I was picked up by a local indie label, 6-Deep Entertainment, and they had grew interest in me as an artist, and eventually as a producer once they realized I could make beats. Things eventually fell off between us and I moved on and later met up with another local indie label Fweago Productions, and that’s where I’ve been since.

Who influenced you in both your past and present?
Tupac really had a huge influence on me as a youth and still does, I’m still learning lessons from listening to his interviews and I feel like I exert the same presence he did when he was on stage every time I jump on and grab the MIc.

Tell us about “Juice”
“JUICE” is the first album I consider a complete work of my owns, It’s the cultivation of my own sound manifested from my own blood, sweat, and tears. The meaning of the album may seem flip-floppy to most but I consider it to be really self-explanatory. We all have “the Juice”, but you literally have to go through life’s trials and tribulations like humility, pain, suffering in order to grow from that and become the confident person you feel like you should be, and with that confidence you can say you have the “juice”.

We hear your a dope producer did you produce the entire mix tape?
I damn near did, I produced every song on the project except the last one, I had help from my bro Play Picasso, that beat felt gift wrapped. 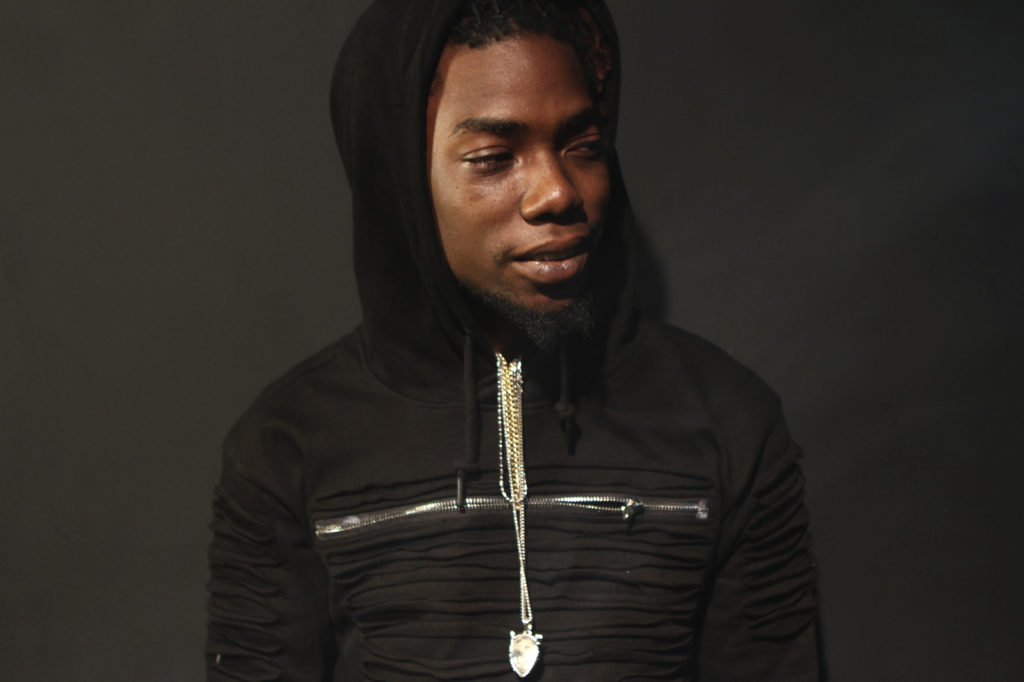 How did you learn to produce?
I really just use to tamper with a lot around the age of 12, I would say that’s when I was first introduced to it. I use to ask for help a lot but never got it so I assumed just like everyone else that the best way to learn was to play with it, oh and YouTube. That’s a wonderful teacher too.

What’s the meaning behind your single red zone?
That single was to let the world know how I’m coming, professionally and direct with it. It’s hard to truly see how many people really have been rocking with me and I’m not sure how many people see how much I truly care about it so this song was to set the record straight.

Who’s your favorite Miami artist past and present?
No lie, there’s a lot actually. The top 5 would be Trick, Rick Ross, Berg, Billy Blue, & Jimmy Dade. I try to listen to all of Dade County’s music but those are the artists I grew up listening to and still click play when I see their names on my timeline.

What and who is R.O.L.O Gang?
R.O.L.O Gang is the team, that’s what I rep, it’s what I live. R.O.L.O means “Roll One, Light One”. It’s basically a lifestyle, it’s what we do when we wanna do it. Marijuana is the pretty much the brightest topic worldwide and the general perception of it has changed drastically since before, that’s obviously evident. We’re just incorporating what everyone loves to do into our daily lives, which I believe is gonna change pretty soon.

Any last words and tell our readers how they can reach you?
Check out my sounds on Soundcloud (soundcloud.com/kiddadamz) and go stream/purchase #JuiceTheAlbum out now on all digital music outlets (Apple Music, iTunes, Tidal, Spotify etc.) follow me on any social media @kiddadamz and also follow R.O.L.O Gang (@rologang Instagram, @rologangrecords Twitter).